skip to main | skip to sidebar

Lately I've spent a lot of time riding to, across and around Roebling Suspension Bridge, which spans the Ohio River between Cincinnati, Ohio and Covington, Kentucky. It's getting new paint this summer, and already workmen have installed new catwalks, safety nets, and rigging for a coccoon which will protect the entire structure from the elements, and vice-versa. Here are a few photos I took last week-end... the bridge closed to traffic at 9:00 PM Friday, so I had the entire structure to myself that night. 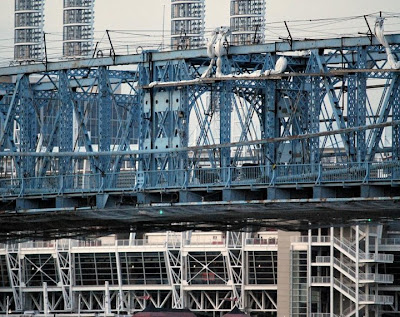 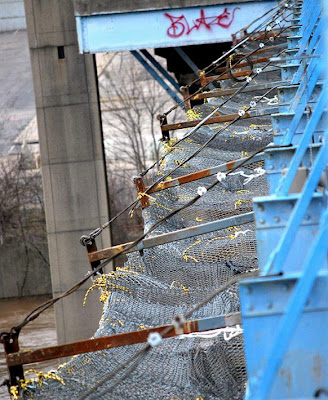 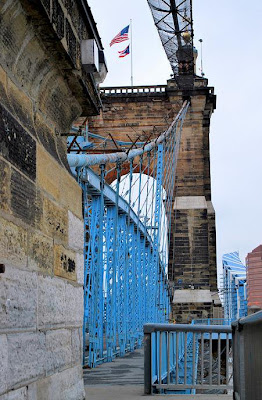 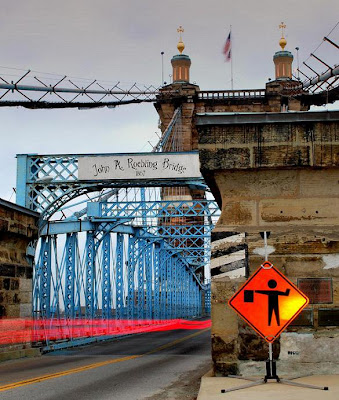 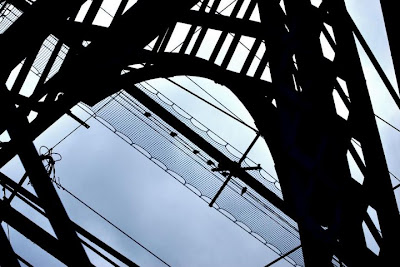 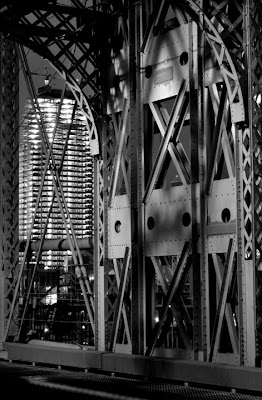 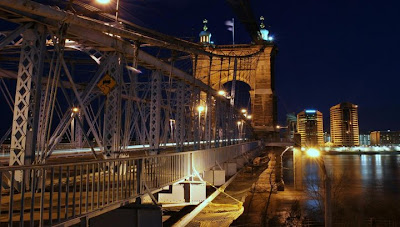 (Like so much of my poetry, this piece seemed to appear from out of nowhere, as if my sub-conscious composed it, then spit it out into my conscious brain for approval. I was in the middle of a long, hilly ride when this one popped out of the blue... or violet-gray. It sums up the last few months quite nicely.)

Once again the day turns violet-gray.
Wind's damp chill reminds the spring that
Winter has not gone far,
But lingers in a thousand memories...

Soft laughter by the fire.
Holding close and stepping, together, onto the ice.
A cold nose brushing across my cheek.
Your eyes, so brilliant against the snow.
Posted by Aldo at 3:37 PM No comments:

The new color-changing Stewart Street Bridge in Dayton, Ohio. Colors change at different rates, somtimes fading and sometimes fast switching. I'll try to get another series of pics next time I ride up that way at night. 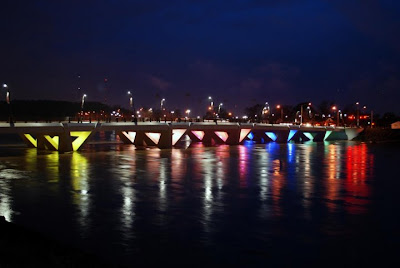 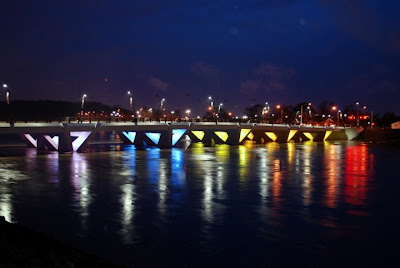 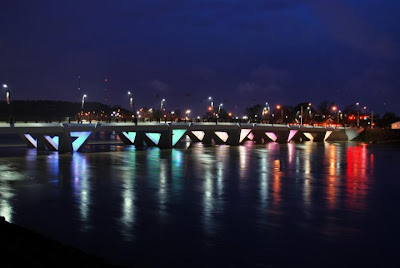 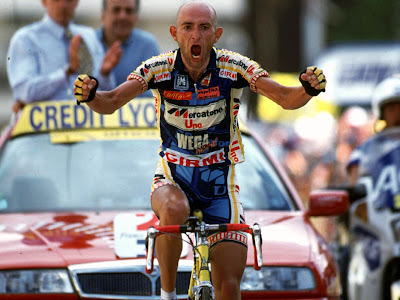 The news arrives in Italian: "Addio Pirata" (what do they mean?). It takes a few moments to grasp... "Marco Pantani is dead" I stare into the computer screen. The climber of a generation has left us at 34.
He was the answer to an old desire to witness, in my lifetime, a pure climber swift and aggressive enough to win the Tour de France.
He was the rider I’d secretly wished to be, a quiet hero who won in the mountains where each rider is stripped of pretense and illusion as their legs give sworn testimony before the court.
No secret to his tactics; road goes up, Attack and attack and attack. Stand and sprint until the tempo drops, then stand and sprint again.
The beauty of that cadence - the dance of the mountains - piercing the clouds with a cutlass-edged gaze.
A grimacing visage, peering through a river of sweat, soaked to the skin by the fog and mist, vivid colors becoming clearer as he approaches the peak.
I’d often imagined riding as his teammate, assisting on the lower slopes as he moved to the front, handle over bottles, maybe setting the tempo, then pulling over and watching him climb away to victory.
I imagined riding with him on the mountains. I imagined cheering him on from below. I imagined being his friend and comrade. I imagined his shy smile of victorious delight.
Alone amid the scree.

Alone among the fans.

Alone with his depression.

Alone in a room in Rimini.
I do not often allow myself heroes, but in 1998? Yes!

And now I do not have to image the flowing tears as I mourn the sad end of Marco Pantani.
Posted by Aldo at 1:20 PM 1 comment:

Nature is the original sculptor, and remains unsurpassed for creativity, technique, and beauty.

A few pics from a January 31st bike ride along the Great Miami River. 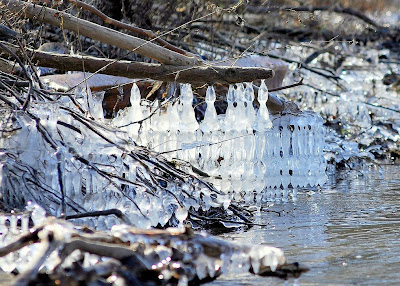 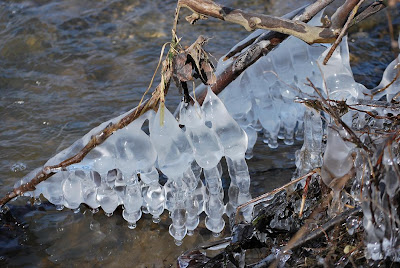 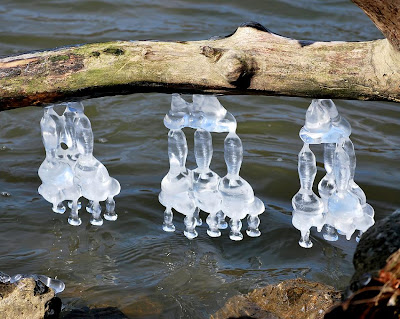 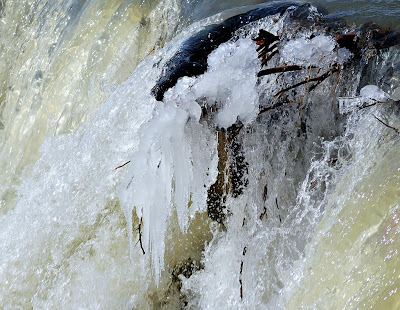 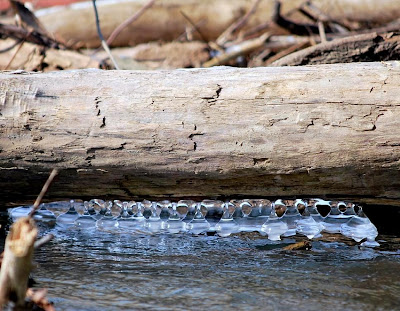 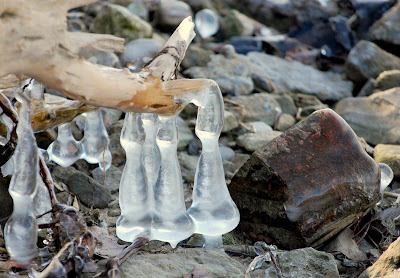 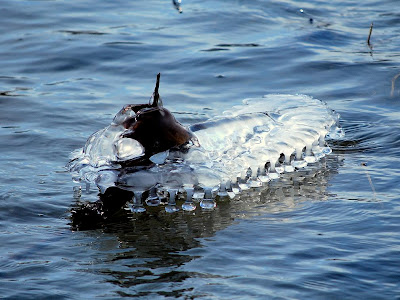 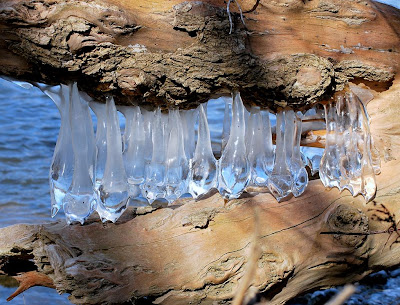 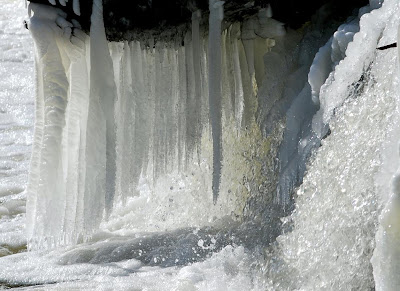 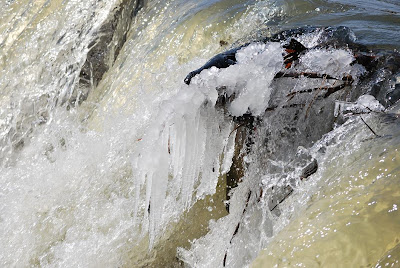 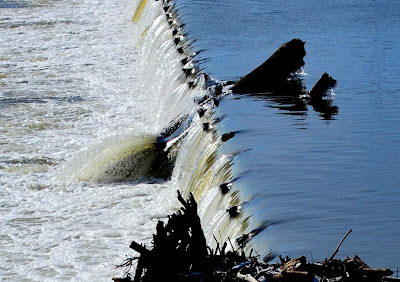